I've been promising this for quite some time now so its about time I actually did it!
Almost 2 weeks ago (good greif its been that long? Finals are throwing me way off) Me, Hailey, her boyfriend and her brother all went to see For the Fallen Dreams, iwrestledabearonce, I See Stars, and Of Mice and Men. 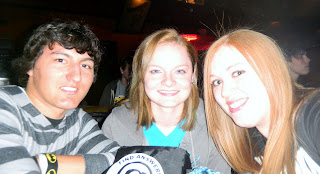 Please Ignore the scary things the flash did to my hair and face. 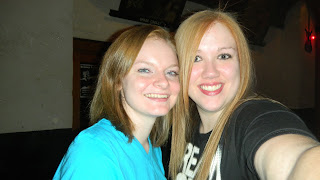 We listened to For the Fallen Dreams.  They are a great band but they were having so technical problems so their set wasn't the best.  However I refuse to call them bad because they are talented and were very friendly when we met them at their signing.
I don't have any pics for them so here's one from google:

Next up was ISeeStars which we actually went up to the stage for.  I've seen them live before and they were just as good as before.  & it was sad/funny/painful when the lead singer was swinging his mic about and nailed their screamer in the head.
Here's a few shots from their set: 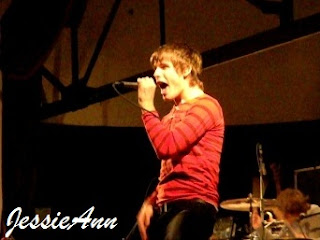 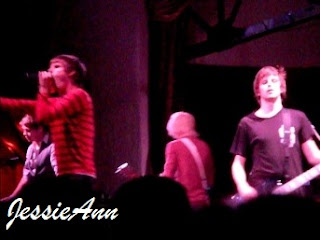 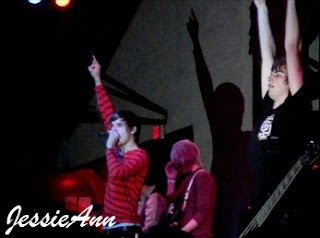 Next was iwrestledabearonce for which Hailey and I hung back with everyones stuff while the boys went up to the stage.  If you've never listened to them, do it.  Its quite an experience.  Its very random, spastic, and frantic, but they are one of the most energetic and enthusiastic group of individuals I have ever seen. At one point, one of the guys started saying "The floor is f*cking lava! Now jump! jump! jump!" Again, don't have any pics for them so heres one from google:

Finally, it was time for Of Mice & Men.  Now I'm not gonna lie, I've heard some pretty nasty things about their lead, Austin.  I thought he might be an jerk but I was very very wrong.  He was crazy and energeticfrom the beginning of the show till the very end.  He would reach out, grab peoples cameras, film himself, the crowd, and the rest of the band, then carefully handed it back to them.  He crowd surfed and attempted to crowd walk and grab the rafters but it didn't quite work.  The show was absolutely amazing (although the wall of death, or as we coined it, extreme red rover may have intimidated me a bit).  The lights were insane and everything went off well.  I have a whole new respect for the band.
Heres the pics: 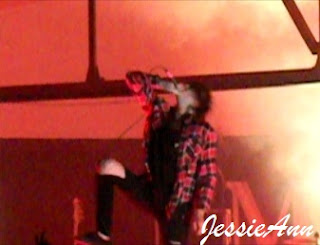 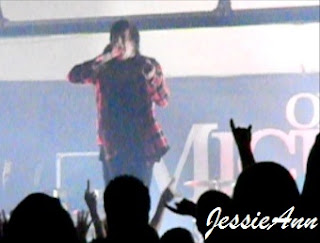 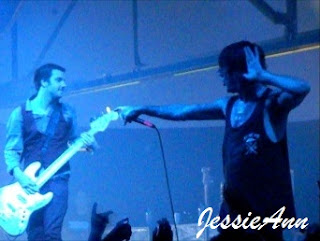 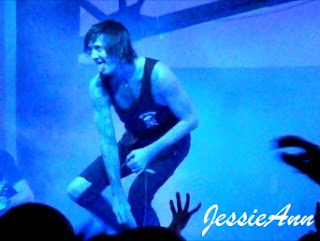 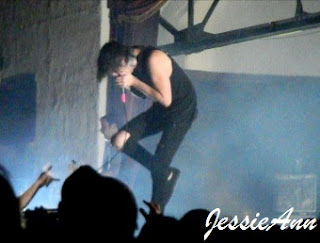 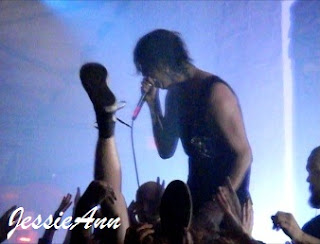 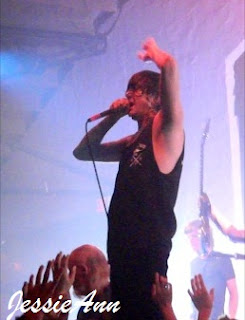 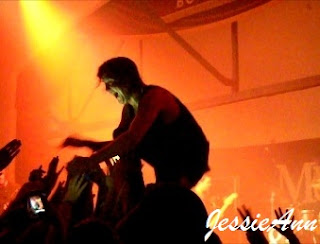 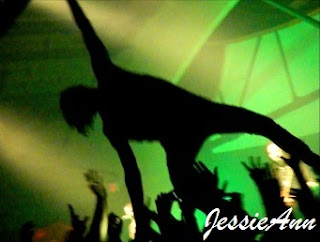 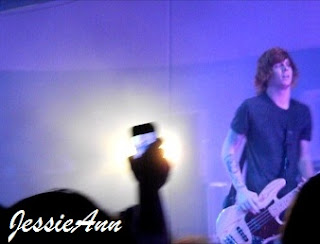 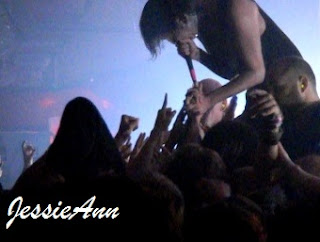 Overall It was a great night.  They took the concert from okay to absolutely amazing.
Next time comes Breaking Dawn review and pics from the line.
p.s. Finals are making things cray cray so bare with me!
Peace, Love, Music <3
Posted by jessieann13 at 9:48 PM

Email ThisBlogThis!Share to TwitterShare to FacebookShare to Pinterest
Labels: band review, for the fallen dreams, I See Stars, iwrestledabearonce, Music, Of mice and men, random 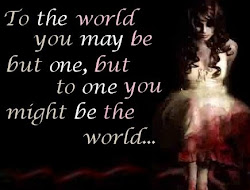